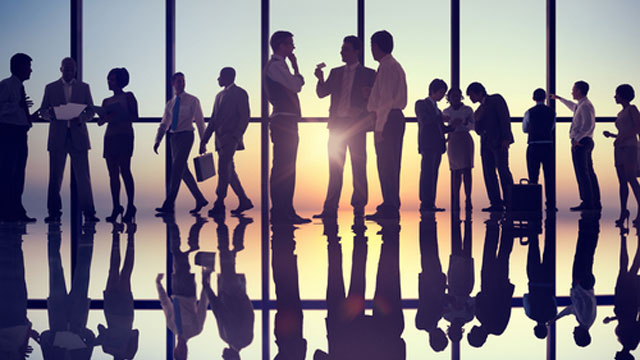 Overall, the UK job market remained buoyant in 2016 in the face of uncertainty, especially after Britain’s vote to exit from the European Union. The immediate aftermath of Brexit had many experts predicting a big gloomy cloud over the UK job market, but a new report shows available vacancies were up 17 percent year-over-year in the six months following Brexit. In fact, some cities, including Southampton, Glasgow, and Edinburgh saw double-digit job growth during the period, while industries, such as, graphic design, automotive, and manufacturing experienced nearly 30 percent job growth post-Brexit.

But, what about 2017? Will the job market remain strong this year? Or will the introduction of higher minimum wage, among other factors, wreck havoc on the job market? Also, what would be some notable job trends to watch out for in 2017? Here are some predictions.

Before the EU referendum, most economists had been predicting that UK economic growth may take a major hit, should the country vote for Brexit. However, nothing of this sort happened so far. Still, PwC estimates UK growth may slowdown from two percent in 2016 to around 1.2 percent in 2017, as a result of decreased confidence in business investment in the aftermath of Brexit. Many investors may want to wait and watch the country’s trading relationships with the EU, before making any big decisions. However, this should not create any major problem for the job market. Economic growth is likely to continue, although at a slightly slower pace. The Bank of England, which earlier projected only 0.8 percent growth in Britain’s economy for 2017, has recently almost doubled its growth forecast to 1.4 percent.

The UK job market is likely to overcome the Brexit fear in 2017. The labour market has already flattened out and is likely to improve further over the next few months. Almost all private sectors are likely to see increased hiring activities in 2017, according to the annual employment survey by the Confederation of British Industry. The survey conducted among 1.2 million people from more than 350 UK companies found that around 41 percent of the respondent companies are expecting workforce growth in 2017; while only 13 percent are concerned their payrolls could shrink this year. Information technology, science, and construction sectors are likely to generate maximum jobs in 2017, says the CBI survey.

However, predictions about individual firms are mixed. Japanese automotive manufacturer Nissan has confirmed they will stick to their plans to make new car models in the UK, while Lloyds Banking Group could cut 3000 jobs and close 200 branches this year – although the group said it’s a decision taken before the EU referendum.

In response to rising inflation, most companies are likely to increase their pay packages this year, while only 16 percent said they may make their salary packages less attractive in 2017, according to the CBI survey.

This year, more employers could turn to online job boards and social professional networks in search of suitable candidates, according to a LinkedIn report titled Global Recruiting Trends 2017. Also, when it comes to choosing a job, employees are likely to factor in work culture, retention strategy, and training policies of a company more than ever before, in 2017. Another trend could be in favour of recruiting contingent workers. So you can expect more and more companies to ‘rent’ talents rather than hiring them. Companies will increasingly adopt flexible and dynamic work environment this year. This means they may increasingly allow their workers to work from home, using new technologies. The criteria for performance evaluation could also change, with the focus shifting from how many hours you spent at the office to how much work you actually did.

This site uses Akismet to reduce spam. Learn how your comment data is processed.